Fasting in London and beyond 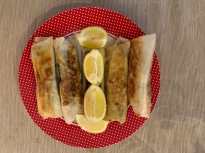 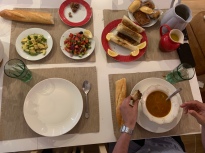 3.50 a.m – I am still awake and feel pretty on top of my Ramadan game plan. I’ve just had my last sip of water for the day. Just after 4 a.m I complete the morning prayers. I will confess that getting up for morning prayer on time isn’t my natural thing and I struggle with it. So having made it today feels a bit yeah.

10 a.m – I’m up and find other half doing paperwork otherwise known as going through house bills. I hate paperwork and admin as those who know me will concur. I have yet again fallen behind. I decide not to put the letters into a pile on the desk but to instead deal with them. I’m going to be the boss of the paperwork.

3.30 pm – And I can proudly say  I spend the day busting the paperwork. I am well chuffed with the electricity bill arrangement I’ve managed to sort. I have been avoiding sorting that since January. I just get a mental block when it comes to such stuff. But today, armed with a positive attitude and also him looking at me in disbelief that I’ve let things so long without sorting as promised – I face it and get it done. When it’s done that’s a massive big tick on the to do list. Feeling a bit smug with myself. I know that sounds a bit daft getting excited about sorting the electric bill but I don’t do house stuff.

I read my 10 pages of the Qu’ran following youtube qu’ran reciters. Two days in a row? Not bad at all for me. I’m still in the land of good intentions.

5 p.m Because there is a pile of food left from yesterday – Shorba and the Lham Lahlou attempt – I have time for a siesta. My eyes close. I wake up by sitting up bolt upright. The light is misleading. Is it morning? Have I slept all the way through? Why didn’t he wake me for iftar? Then I look at the clock. It’s 6.45 pm. I haven’t slept through. I calm down and then feel pretty awesome when I know I still don’t have to rush for cooking up food. It’s already cooked. So I snuggle down for another half an hour.

7 pm – I’m up and preparing iftar ready. Feeling even more smug than I did this morning and like a totally ‘on it’ wifey. No long haul cooking for me today. All I’ve got to do is take it all out of the fridge and heat up. Shorba is ready and probably even more yum because it’s been in the fridge since last night. Max flavour. The Lham Lahlou attempt just needs a bit of reheating and it smells delicious. I get both pots on the induction stove.

The only bit of cooking or actually just assembling is the borek. The mince is ready from the day before. I get set up and organised and am good to go.

He comes to help. I am fast learning that he likes rolling up the filo pastry. As I watch and try to help, I catch a whiff of something.  I’ve pressed the highest heat seating on the induction hob. As I urge hubby to take a seat, away from the cooker, I quickly turn off the cooker. Even before I look, I know I’ve burnt the shorba. He has a super sensitive sense of smell and if I have smelt it, he will too. And then there’ll be no end of it. I light some tea tree oil to burn. He thinks it’s just me doing the cosy evening set up. It’s actually me trying to avoid the inevitable ‘you burnt the short’ scenario before we break the fast.

8.35pm – Table is laid. Shorba is on the table, generously sprinkled with chopped up coriander and a squeeze of lemon. We break the fast with a date and pray the evening prayer before heading back to eat. I make sure the remote control is nearby and say nothing as he flicks the Algerian channels before settling on the one he wants. Before he even takes a spoonful to his mouth, the game is up. Yeah – I burnt it.

Good job he’s hungry. Burnt shorba is not the most pleasant.

The saucepan base is black and is going to be a nightmare to clean. So much for being on top of the game. I am so not cut out for this domestic stuff.

Fasting in London and beyond

random insight from an unwanted houseguest

I have issues. So do you.

Some of these thoughts may make sense. But don't count on it.

some things are awesome, some not so much.